Neoliberalism as the ruling order in China?

With the collapse of Keynesian market and employment theory during the economic recession of 1970s, economists proposed a new free market theory with emphasis on privatization and deregulation. Though they did not call it neoliberalism, it did give the start that also earned the Washington Consensus.  One of the big changes that came along with neoliberalism was: neoliberalists tend to favor governance by experts and elites while pushing aside the role of government (Harvey, 2005).

With Washington Consensus, neoliberalism received the much-needed support from the economic giant and superpower of the world. Subsequently, changes were made in the laws and regulations of the International Monetary Fund and the World Bank. What does that means – there was no alternative for underdeveloped and third world countries to receive monetary assistance such as loan from these two organizations unless they adhere to the theory of free market, deregulation, and privatization. Thus, neoliberalism as the ruling order was imposed upon by the ruling elites of the world. In 1980s, poor China was no exception.

With neoliberalism as the ruling order, it not only affected the economic realm but also the social and cultural sphere of the Chinese people.  Chinese, particularly youth, started to take interest in Western music, movies, lifestyles, clothing, cultures, and most importantly, ideologies. As Dr. Ning from Shanghai University posited, Chinese youths consider traditional culture as “not cool”. However, Chinese government use the popular culture to press its legitimacy on the people of China. 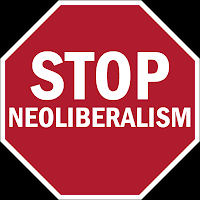 In the early 1950s and 1960s, Mao used the media to depict the happy China with pictures of happy peasants on huge billboards. Now, with the improved and accessible technologies, Chinese government takes interest in the popular cultures by means of controlling what Chinese should and should not watch, read, or hear. For instance, many movies on China were banned in China; sometimes with the fear of creating instability. However, whether Chinese people had their consensus built on the neo-liberalist reform may be complicated question to answer. Right now, with checks on popular culture, it may seem there are consensus of Chinese people on the neo-liberalist reform because many Chinese only see the opportunity provided by the economic growth of the country.

The check on popular culture may not reap the benefits Chinese government intends to in the long run. For instance, when the Jasmine revolution erupted in the Middle East, many Chinese dissident used social networking sites to show their support via simple gestures such as a picture of the Jasmine flower. Some Chinese even anonymously shouted on the social networking sites to organize similar revolution in China. They did organize in Shanghai but the People Liberation Army quickly controlled the group with arrests. Finally, the popular culture is sometimes defined by public figure such as Ai Wei Wei, one of the designers for Beijing Olympic Bird Nest stadium. His recent arrest (and release) may have triggered dissatisfaction among proponents of popular culture such as art, dance, and music, among others.