Tibet's History: A Barrier for Negotiation?

“I have no interest in history because it is a story about dead people”
– A junior high Tibetan student.
Though I heard the above story several years ago, my memory of it is still vivid and fresh.  I don’t know the specific reason for its storage in my long-term memory.  As a Behaviorist would say, the reason may lie in the reinforcement.  Once such reinforcement came last week when I presented to a group of undergraduate and graduate students at University of Wyoming on, “The U.S., China, and the Freedom of Tibet”.
Many wars were fought on the historical facts (as if the fact is an absolute truth).  People died because of history.  Women raped because of history.  Individual tortured and imprisoned because of history.  Citizen fought for rights because of history.  Nation collapsed because of history.  Further, nationalism created because of and based on history.  However, many tend to ignore the fact that “history books were written by winners”.  To put it differently, history books may be biased or one-sided.  To support the existence of these biases, the United States recently acknowledge and starts to rewrite some of its history books concerning Native Americans and their struggle against the White domination.  But all countries are not the United States.  One such country, discussed in this piece, is China.
Like several countries, China has a number of unresolved tensions with its neighboring countries because of what it deemed as “historical facts”.  China continues to have historical disputes with Japan, Korea, Taiwan, India, Vietnam, and Philippines, among others.  As noted earlier, these tensions or disputes generally stem from two versions of history – one written by China and other by the respective country.  In these political or boundary disputes, historical facts have been one of the key sticking points of failed negotiations.  The existence of similar pattern could be seen along the line of Tibetan negotiations with China (or the United Work Forum) over its freedom struggle.
Understandably, the history of Tibet also has two versions: one taught in China and Chinese-controlled Tibet; and one taught in the Tibetan diaspora.  Undoubtedly, both claim their version to be true.  A year ago, I asked a question to China expert at Hunter College, New York City on the chances of rewriting Tibetan history.  There was (and is) no real answer to this complicated question.  However, the impact of two versions of Tibetan history is fairly evident (discussed later).  Given Diana Wolff’s description of six Tibets, I use two Tibets to discuss the differing versions of Tibetan history: China’s Tibet and Diaspora’s Tibet.
China’s Tibet
Tibetans in Chinese-controlled Tibet and Chinese in proper China were taught histories on China’s Tibet.  Generally, these histories highlight China’s suzerainty and sovereignty over Tibet since centuries and centuries ago.  As a Chinese student shared during my presentation noted earlier, “China helped Tibet fight against the British occupation in 1880s and 1904”.  They only knew that Chairman Mao liberated Tibet from its feudal system.  For Chinese, Tibet is a socialist paradise represented on the Chinese flag as one of the four small yellow stars on a red background (Wolff, 2010).  Many Chinese view Tibetans as ungrateful for what the Chinese Communist Party (CCP) has done to them such as the benefits of modernity and material progress.  For China, Tibet represents only the Tibetan Autonomous Region (TAR).
At present, though many Chinese may not agree with the role and influence of CCP in the Chinese government, they are generally very supportive of both when it comes to the issue of Tibet.  The creation of this nationalism may be a direct result of their version of history books.
Diaspora’s Tibet
Tibetan history in the exile Tibetan diaspora firmly supports the independence of Tibet and views the Chinese Communist Party as the colonizer.  They knew the declaration of Tibet’s independence in 1912 by the 13th Dalai Lama.  The Central Tibetan Administration based in Dharamsala, India is a representative government for Tibetans in diaspora.  Though the Dalai Lama is labeled a demon in China, he is the undisputed spiritual head for Tibetans in diaspora and majority in Chinese-controlled Tibet.  For Tibetans, Tibet represents Ethnographic Tibet i.e., TAR and, Amdo and Kham (parts of today’s Qinghai, Gansu, Sichuan, and Yunnan).
Many exile Tibetans were taught Tibetan version of history in the Tibetan refugee schools in India, Nepal, Bhutan, and other countries.  They respect their version as the ultimate truth.  Because of two differing versions of Tibetan history, there are occasional conflicts between Tibetans educated in exile and Tibetans educated in the Chinese-controlled Tibet.  Like Chinese, Tibetans in diaspora have a strong sense of nationalism when it comes to the issue of Tibet.
Negotiations 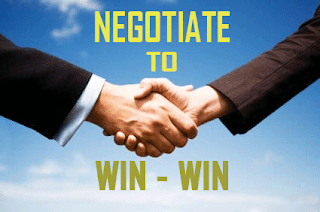 As of writing this piece, it is clear that both group of Tibetans (those who propose complete independence and those who propose middle way policy) adhere to the principle of non-violence for seeking Tibet's freedom.  In other words, negotiation (talk and dialogue) seems to be the only viable option for resolving the issue of Tibet.  However, the question is - with the existence of two differing versions of Tibetan history, how should one negotiate the issue of Tibet?  Looking at the two opposing historical facts, the negotiation of Tibetan issue seems a daunting task.
In negotiation, the likely solution is a win-win proposition (resolution) for both sides: Tibet and China.  However, what is a win-win proposition?  Based on two representations of Tibet (TAR and Ethnographic Tibet), will China –- an emerging global power -- be willing to redraw its provincial borders OR will Tibetans be willing to compromise the Ethnographic Tibet?  In a situation where questions are many and answers limited, the negotiation of Tibet issue may see a long journey in the future.
Conclusion
The swiftness of negotiations may lie in the untangling of two opposing historical facts.  It may not be possible in the short-run to rewrite Tibetan history but it may be feasible to create a favorable atmosphere between Chinese common people and Tibetans via mutual understanding.
Being born as a refugee in India, I may not be the right person to write about Tibetans in Chinese-controlled Tibet.  So, I will share my conclusion on mutual understanding between Chinese common people and Tibetans in diaspora.
Though Chinese in China and Tibetans in Chinese-controlled Tibet may not have a privilege to study the opposing historical facts, Tibetans in diaspora do have an option to include the opposing historical facts of China’s Tibet in its school curriculum.  With this understanding, Tibetans in diaspora may better accommodate the general feelings of Tibetans in the Chinese-controlled Tibet as well as the Chinese common people.  With a creation of mutual respect and understanding, Tibetans may be able to gain the heart and support of Chinese common people, which may soon lead to the ultimate resolution of Tibet issue.
To conclude, at the end of my presentation noted earlier, I emphasized, “History is a good tool to learn a lesson from past but not a good tool to define the future.  Generally, history helped create hatred among peoples.  The most important is to create a good and friendly relationship between Chinese common people and Tibetans because there are many existing differences on how they view the issue of Tibet”.  At the end, I may have partially supported the stand of a junior high Tibetan student on “history”.