Humans Are Animals Too: My Weird Philosophy

Seeing people in the NYC subway car this afternoon, I sensed that humans are the best spoiled animals on earth. They are spoiled through putting on clothes, living in small boxes, earning money to spend, working to earn stress, listening to melodies created by others for you, and self-proclaiming as smarter than other animals. Basically, humans fooled themselves by creating a structure which they consider Necessity to survive. That's the biggest delusion of human civilization. Humans are animals too who could survive like any animals do. 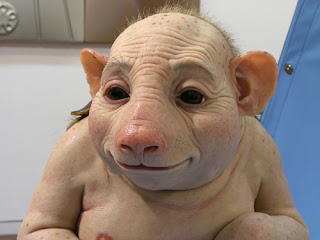 The only difference now is that humans are spoiled and evolved (in better terms) while animals remained same. Humans no more consider themselves as animal. That's why human created borders, industries, nation states, nationalities, trades, markets, and so on. Basically, what human succeed in doing is putting themselves in a zoo that they themselves don't see exist. Human function within this cage created by the invisible zoo. Life, as human see, doesn’t exist beyond this zoo. The end result - life is complex for human. This complexity is further delusioned by belief system that humans created for themselves. They blame this complex life to their karma and the God - something that is beyond the capabilities of human to witness. It's amazing how this zoo is defined by structures that human created for themselves to survive. It's a world that revolves only because humans are spinning it. They spin right for those who believe in right and wrong for those who see it wrong. They mix spin for those who believe in the grey area. And then, there are fifty shades of grey and more than 100 shades for white and black. Life is indeed colorful and shady minus happiness. As you know by now, I am little crazy stupid and more stupid crazy.

*Wrote this piece using my iPhone notepad while travelling on the G train of New York City. I kept it original to maintain the contradiction as well as purity.