When Gordon Chang wrote the book, The Coming Collapse of China, it provided a glimmer of hope for Tibetan freedom as well as for Chinese democracy.  It was in 2001, a year Tibetan democracy saw a paradigm shift via its leadership transition from His Holiness the Dalai Lama to a democratically elected lay Tibetan in exile. 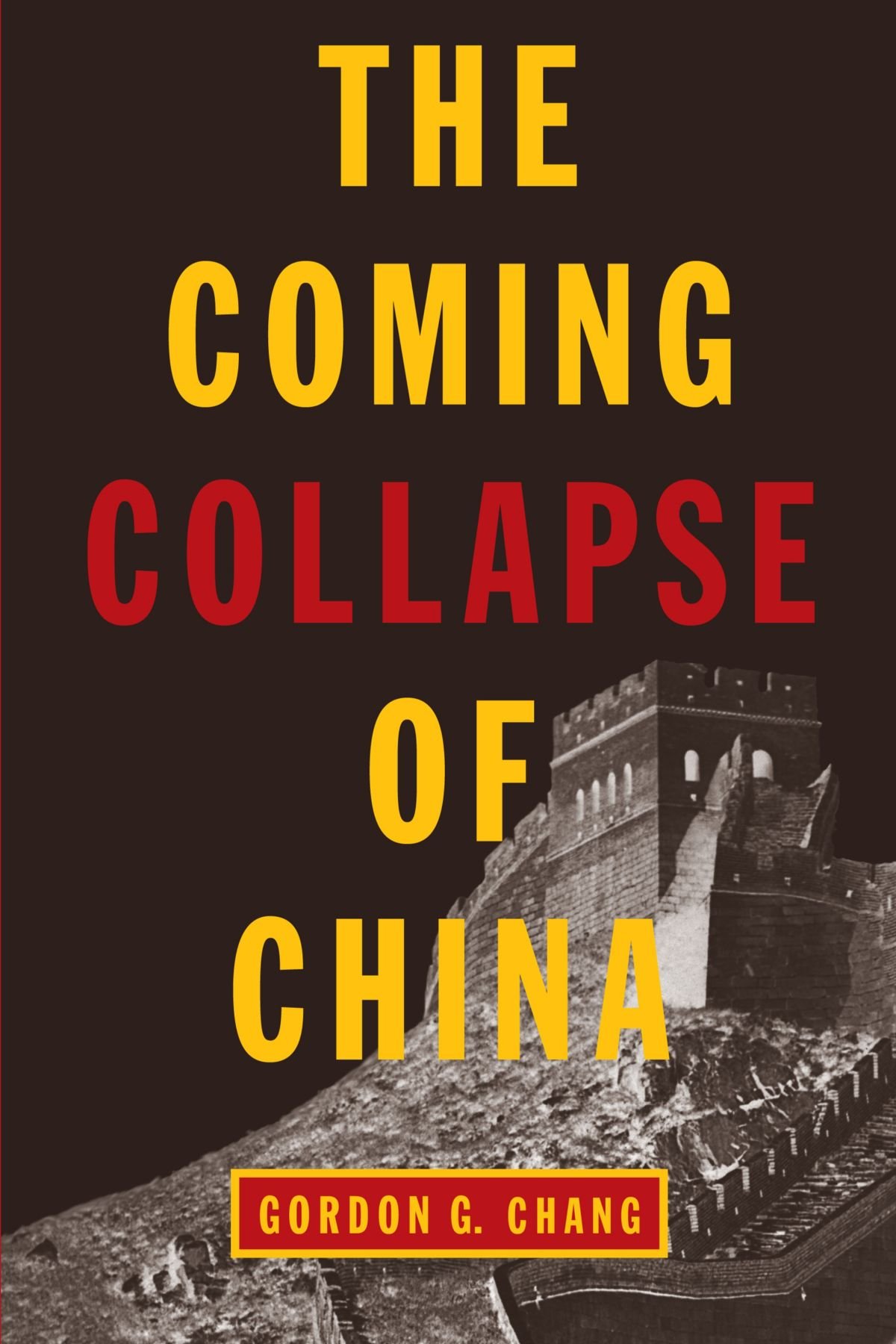 After 12 years from the book publication, China remains strong, bold, aggressive, and powerful.  China shows no sign of aging or diminishing from the global power house.  In 2001, I never thought of writing a piece that sits along the same title as Gordon Chang's book - a coming collapse not on China but on Tibetan freedom movement.

Emergence of Associations: Diversity vs. Disintegration

In a democratic setting, everyone has a right to form associations.  Many of these associations become a force in creating a viable civil society.  In Tibetan society, these associations are expected to strengthen Tibetan identity, culture, language, education, and political movement, among others.  By association, I mean Kyi-dugs, Tsok-pas, non-governmental (political) organizations, community-based organizations, and political parties.  The common pretext or principle to support the emergence of multiple associations in Tibetan community in exile is the "unity in diversity."  In other words, these diverse associations will help strengthen the unity of Tibetan freedom movement.  However, the reality seems to say otherwise.

There are several ways to answer these two questions.  First, the failure of 2008 mass demonstration in New Delhi is the result of leadership rifts among five organizing associations/organizations.  Second, the recent cracks in the Tibetan Youth Congress is another good example.  Third, all these new associations/organizations are not diverse as it is hoped for in terms of bringing new visions and directions for Tibetan freedom movement.  For instance, many of these new associations keep their profile update by organizing the same old street protests.  Fourth and the final, these associations in one way or another impacted the unity of Tibetan people when it comes to participation in freedom movement.  As an illustration, unlike before, Tibetans tend to participate (such as in street protests) based on their association with a particular organization. The end result is too many street protests with fewer participation and lesser impact.

The stepping down of His Holiness the Dalai Lama from Tibetan political leadership provided a new window for open discussion on the policies and guidelines that govern the politics of Tibetan freedom movement.  For many writers and critics, with no Dalai Lama at the forefront of Tibetan politics, it's now a free space to challenge and criticize the status quo such as CTA's stand on Middle Way policy (For the sake of clarity, CTA is pinned as government for the next few paragraphs).  The voice of these writers and critics soon started to see their footprint on several Tibetan political organizations.  The ripple effect is the turn of "individual voice" into "organizational voice."  To put it differently, the era of anti-government sentiments thus begins.

Needless to say, in a civil society, individuals enjoy a wide spectrum of freedom of speech and expression.  It's a part of evolution on how democracy works for its people.  However, the problem arises when some organizations (that binds the civil society) start to stand in parallel to its government.  This may not be a problem if the government is not a government in exile.  For instance, the problem in Tibetan society is that there is a growing disparity among individuals who support government policy (Middle Way) vs. individuals who support the stand of few non-governmental political organizations (Tibetan Independence).  As a result of these growing anti- and pro-government sentiments, its now a taboo to discuss middle way vs. independence.  The undesirable outcome is the death of open discussion among the general public.

Once upon a time, Tibetan freedom movement used to be all about gaining supports from the international communities.  Now, the movement seems to be all about gaining supports from within i.e., Tibetan peoples.  The purpose of Tibetan freedom movement has shifted from "internationalization" to "internalization."  The risk associated with internalization is the promotion of "self" by individuals holding public positions.  This is the vicious cycle that does not produce leaders but politicians.  For politicians, they care more about people who votes and less about people who needs the most help such as Tibetans in Tibet.

With the growing internalization movement in exile, Tibetans in Tibet may soon start to see themselves disconnected, deserted, and demoralized from the work of Tibetan freedom movement in exile. Zero Progress on Dialogues with China

Since 2010, Central Tibetan Administration have failed to convince China for a dialogue on the Tibet issue.  Under the new administration, two senior envoys of the Dalai Lama, Lodi Gyari and Kelsang Gyaltsen, who negotiated with China in nine rounds of talks have resigned.

In a statement released on January 24, 2012, former United States Special Coordinator for Tibetan Issues Maria Otero said, "we call on the Chinese government to resume substantive, results-oriented dialogue with the Dalai Lama or his representatives to address the underlying grievances of China's Tibetan population." As of writing this piece, there is no word coming from the Sikyong Lobsang Sangay's administration on possible future dialogue with China.

However, a dialogue with China seems unlikely under Sangay's administration.  His administration seems to stick on the line that middle way approach provides a win-win solution for both Chinese and Tibetan interest (see Statement of Sikyong on 54th Tibetan National Uprising Day).  In reality, its no brainer to see that Tibet is the clear winner under middle way approach while China loses some of its say on Tibet.  The tone of this win-win proposition could be seen on the languages used in the past and present statements/press releases from Sangay's administration concerning China.

This mentality of equal player (win-win) should be shunned.  Rather, the administration needs to put more efforts on creating a conducive environment that would pull in China's interest to sit and talk.
Furthermore, China, international community, and Tibetans may have hard time to dissect the two Sangays: the Sikyong (political leader) and the writer.  His writings on the popular News sites are uncalled-for for a political leader (such as in The Washington Post).  Whether he writes in his personal or Sikyong's capacity, many will see it coming from the Sikyong of Central Tibetan Administration.

Placing high expectation on Chinese people seems too good to be true.  Many Chinese who lives outside China are themselves dissidents of Chinese government or Chinese Communist Party - meaning they fled China because they were themselves victims of the oppressive regime.  Because of their dreadful experience under the Chinese government, they are sympathetic towards the ongoing hardship of the Tibetan people in Tibet.  But its questionable whether they truly support the freedom for Tibetan people.

One big problem with Chinese community is their lack of unity.  For instance, there are many pro-democracy Chinese movements/organizations in the United States but they rarely think and work along the same page.  In simple words, there are not effectively united as One to work towards changing China.

Moreover, its hard to capture the real intention of some Chinese dissidents who seem to show support for Tibet's middle way approach.  For instance, some Chinese dissidents see their involvement with Tibetan groups as a valuable ticket in securing political asylum.  This ticket gets even better when they get a photo opportunity with His Holiness the Dalai Lama.  Who supports Tibet and who supports him/herself remains unknown.

Tibetan Self-Immolation - No One Cares 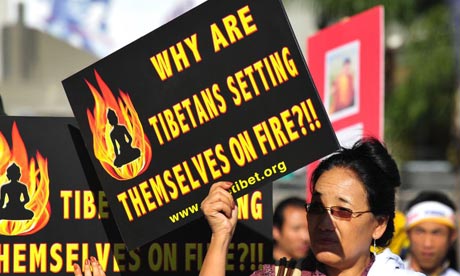 "Self-immolation has by all accounts become a failed form of protest as an agent of change" - Andrew Lam, New America Media.  Too many Tibetan self-immolation has desensitize the modern mind and thus, resulting in a collective numbness not only among international community in general but also among Tibetans in particular.

Now, there are not many social network users sharing their shocks and supports for Tibetan self-immolation.  Its time for Tibetans with leadership capabilities to act in unison to deliver the important message of "Staying Alive" for the Tibetan freedom movement to continue.

If the number of self-immolation keeps rising in this growing numb environment, the day is not far for Tibetans to take up weapons out of frustration, isolation, and desperation.  This day will be the end of Tibetan freedom movement as international community will have a good reason to shy away from the Tibet issue.

There is no doubt on the global rise of China.  More and more countries rely heavily on China for economic reasons; and are turning their blind eye on social injustices in China.

At times when China is expanding its territory (such as in the East and South China Sea), it may be too optimistic to think of independence or genuine autonomy in the near future.  However, the time may be right to invest in parts that will make the whole Tibet in future.

On a final note, if there is no positive development in Tibetan democracy and freedom movement, it may not be too far to see the collapse of Tibetan freedom movement that may never fully recover.


Read also: Is Carrying Chinese National Flag a Blotch in Exile History? ; Are The Voices of Tibet’s Self-Immolators Derailed in Exile? and Reinventing The Art of Protest?